1875 – The Presbyterian Church in Canada is created

With the creation of the Presbyterian Church in Canada in 1875, church boundaries were re-drawn: Port Elgin (Cardinal) joined with Iroquois, and Raney’s Corners joined again with Spencerville. 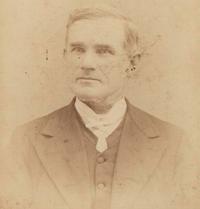 1883-1893 – Rev. David Kellock, Ph.D. – During Rev. Kellock’s time at Spencerville, Spencerville got its organ and manse.  The Rev. Dr. Kellock was recognized as a preacher of outstanding ability.

During his time there, the Presbyterians of Roebuck split off from Spencerville, forming their own church.  Rev. Kellock was then minister of a three-point charge: Spencerville, Ventnor and Roebuck. He resigned in 1893, leaving for Richmond, Quebec. 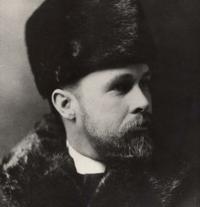 1893-1898 – Rev. John A. Sinclair – Rev. Sinclair accepted an appointment to become a missionary travelling the Yukon Trail of 1898 in the interests of the Home Mission Board of the Church, and resigned from Spencerville-Ventnor-Roebuck pastoral charge.

1899-1914 – Rev. John MacDougall, D.D. – During his time, a lot of work went into solidifying what had been done up to then. The Manse was paid off; the first lawn mower bought for the cemetery; the fence at the front of the church and manse built; individual communion cups introduced; the organ was paid off; the manse grounds were greatly beautified.

1915-1917 – Rev. Charles Mullin, B.A. – During his time, the Ladies’ Aid Society was very active; the church was renovated and new lighting system installed. In 1917, Rev. Mullian accepted a call to Chesterville.

1921-1925 – Rev. W.A. Morrison, B.A. – During Rev. Morrison’s time, electric lights were installed in the manse. This was a very turbulent time as Church Union with the Methodists was discussed.  The majority (of 3) voted against Union, but the Minister and entire Session, four members of the Board of Managers, and many others did vote for Church Union. Rev. Morrison resigned May 3, 1925.

1925-1926 – Rev. William Merrilees, Interim Moderator; Rev. Hodges, Stated Supply – With the departure of Rev. Morrison and as congregations were redefining themselves (Presbyterian or United Church), the challenge was how to re-organize. Rev. Merrilees was appointed Interim Moderator to help the congregations sort out their logistics, and Rev. Hodges appointed Stated Supply. 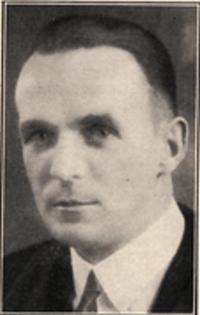 1926-1929 – Mr. A.W.R. MacKenzie, Student Minister – During this time, the Young People’s Guild was reorganized, the manse and church basement renovated, and the congregation celebrated its Golden Jubilee, and a brass tablet honouring pioneers erecte in the church. . The first annual “Burns” Night was held in 1927, and the Ventnor stone church was reopened in 1928 after claims by the Ventnor United Church had been settled.

1929-1935 – Rev. Angus W.R. MacKenzie (now ordained and inducted) – Some of the main activities during his time was developing good relationships with other churches in the area. Services were cancelled so people could attend the opening of the new  United Church in 1930; the United Church later cancelled its services so its members could attend St. Andrew’s Centennial service. The Anglicans offered the use of the church to hold Sabbath Service; it was accepted. Considerable work was done on improving the cemetery, including developing regulations, appointing cemetery caretaker and planting maple and silver birch trees and shrubs. 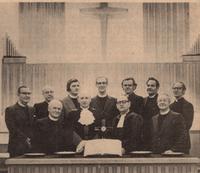 During Rev. Cowper’s time, St. Andrew’s burned to the ground (1974), and was re-built. Rev. and Mrs. Cowper worked untiringly in getting the church rebuilt. The church hall was named Cowper Hall in honour or the guidance they had provided; the Cowper family donated the large stained glass windows over the church entrance. The church was rededicated in 1976 with Rev. David Hay, Moderator of the Presbyterian Church in Canada at the time, giving the sermon. 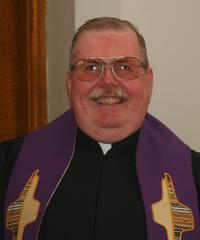